Municipality located in the Northwest Region of Murcia , the term encompasses just over eight thousand acres , situated one of the most mountainous areas of the region, and whose history is inextricably linked to the culture of the vine, both population and its surroundings where there are a large number of ancient cellars , and even archaeological finds such as Roman sculpture ” Child of the Grapes ” found in the Villa of Los Cantos.

Today, this cultural richness associated with wine, disclosed in its WINE ROUTE , certified since 2007 as one of the Wine Routes of Spain . Road presents the visitor the diversity and natural heritage , forged in the town over time. It is open and serves no predefined path, and highlights local tourism through ancient and modern landscapes of vineyards and wineries among other resources. This benchmark enjoyed today at the Wine Museum , and the willingness to preserve the old techniques with the innovative spirit of cooperatives and local wineries, which together with the orographic situation of vines, located at high altitudes , above 600 m . above sea level and protected by a Mediterranean climate with particular characteristics , whose average temperature is 15.6 ° C , where the winters are cold but short and long, hot summers , is the main value of the excellent quality of the wines of the Appellation of Origin Bullas .

The central square España, Vieja and Castillo become the central starting point for a tour of the resort, where we are greeted the Church of Our Lady of the Rosary , BIC since 1982 , along with the Palace of the Melgares to get into narrow and steep streets screened with colorful facades , where the first Sunday of each month host the staging of local products Market Zacatín pioneer in the region.

With a population of around 900, La Copa is the only hamlet Bullas . It is located north of the town , 545 meters above sea level on a plain with the adjoining neighbor Cagitán field and just 4 kilometers from the county seat .

Remains of ancient Roman villas in the surrounding area are the oldest remains of a story that will run parallel to that of Bullas , in the very beginning as a population , which could be placed in the early seventeenth century , and from 1690, when residents decide to enter the term of the newly created Villa after the secession of Cehegín , thus uniting the two entities to their destinations today . He then spoke and for many years after the two Copas, From Above ( a small village at the foot of the hill of La Silla ) and the bottom , that is, La Copa itself.

Agriculture and livestock have been the basis of the economy and the main source of employment for the inhabitants of La Copa until well into the twentieth century. It was the early 60s when the initiative of a local family launched which eventually became a major canning company that revolutionized the economic life of the village .

La Copa of Bullas is a village that has maintained an established personality, and the proof is its festivals and traditions such as those of San Anton in January, the Immaculate in December and the Patron in early September .

The main points of interest in La Copa are the church of Nuestra Señora de la Consolación , with origins as old as the village itself and incorporated as a parish in 1904 , and recently rebuilt the chapel of Calvario, which crowns the neighborhood of the same name and where the image of San Anton custody.

Traditional market where visitors can find a wide range of typical local products . El Zacatín is one of the most important resources of the town , and the pioneer of the Markets that are held throughout the Region of Murcia , besides being the only one that maintains its activity throughout the year.

” WHEN AND WHERE IS CELEBRATED ?
The first Sunday of each month from 9 to 14 h . , In the vicinity of the Plaza Vieja y Plaza del Castillo  , in the heart of the town .

” WHAT MAKES ?
In it you can enjoy the exhibition and sale of products and crafts of the area, while a variety of traditional activities , making and tasting products , street animations , guided by ancient cellars , tastings wine DO Bullas, etc. .
In addition, each month a different show is performed an ancient craft , recovering the manual process of developing local products from the area.

CALENDAR
Establishing an annual calendar with scheduling activities in parallel with the sale and exhibition of different products are made:
JANUARY
Exceptionally this month the market will not be held to coincide with the feast of Kings.

APRIL 6
Discover the natural flavors with the distillation of aromatic plants , and know the medicinal uses of Aloe- vera.

MAY 4
The esparteros show us the more traditional ways of making pleita , cordage and sandals .

JUNE 1
Market Baroque. We denote the time of independence in 1690 Bullas .

JULY 6
Carpenters craftsmen show us the expertise of their craft , shaping wood, plus we will refresh with crook .

AUGUST 3
The artisans of the potters hands will shape the turning and decorated in different parts , plus we will refresh with crook .

SEPTEMBER 7
From the wheel to the loom , we will demonstrate spinning, weaving and handmade bobbin lace.

OCTOBER 5
The growing grapes and making wine is part of the local culture, are at harvest time and we are shown the process of making wine , while the quality of the wines of the Appellation of Origin is tasted Bullas .

NOVEMBER 2
‘ll Sort Goats cheese and elaborate traditional way , to the delight of all present.

DECEMBER 7
They will enjoy a gastronomic journey with Christmas atmosphere , Christmas cakes will be developed , popular dishes of the cuisine will be tasting , with wines from the Denomination of Origin Bullas .

In addition the City of Bullas establishes a Tourist Information Point in the Market , in which cultural and natural supply of the town is promoted .

Visiting the Market El Zacatín is a good way to see the sights and places of this town in the interior of the region , while its rich cuisine accompanied by quality wines savored .

Bullas has a number of unique locations for enjoyment of nature. Thus, should we stop our attention on natural landscapes such as the Canyon Councillor, in the Place of Carrascalejo, Aceniche Valley or in the bed of the River Mula, manifestations of the natural wealth of the town and witnessed the evolution man of this earth.

The mountains of the municipality is characterized by levels of medium height , stand out among others, Garci Sánchez ( 1,026 m) , El Castellar ( 993 m) and the Sierra de la Silla ( 794 m). In all cases, the vegetation is dominated by Aleppo pine forests , in which we find understory oaks, palmettos or Kermes oak, juniper and mastic . In areas where the pine is less dense , with shallow soils dominate the aromatic plants , many of which are lipped ( rosemary , thyme ) , composite ( edge chamomile ) and others such as brambles . It is normal to find open spaces espartizales upholstery , many of them were cultured and were abandoned when they stopped being profitable (years 1940-1960 ) .
The limestone crags and mountain shelters have their cracks and crevices between plants as cornicabra (named after the corniformes galls produced after insect bite in their leaves ) , black hawthorn, butcher’s broom ( in low light areas ) as well as various ferns : wireworms , maidenhair , tree ferns …

If we walk along watercourses, is easy to spot stains riparian vegetation in contrast to forests and crops that limit. We are required to mention the Councillor Canyon, passing through the area HipéricoEl Christ (El Carrascalejo). Its peculiar boxing makes a greater contribution of water through the soil, so as subhumid forest species and hybrids thereof oaks with oak trees appear. Find his forest riparian species as tinsmiths, elm, ash trees, black poplars and willows. Already in drier areas, the oaks are replaced by palmettos, appearing with mastic, thorns and with espartizales, grasslands and thyme. Among the Ramblas, more open and less dense vegetation, highlight the Rambla del Ceacejo, Rambla de Ucenda, also two major streams, but intermittent water, they are the Chaparral and Los Muletos.

In every one of these places, fauna found shelter, food and shelter along the different seasons. In river channels, mainly in the Mula river, we find barbel fish, crabs and turtles. Among the understory of pine forest and riparian scrub, it is normal to find birds that feed on silvestresTejón and cultivated plants and insects in breeding season, like asparagus, goldfinches, robins, wagtails (looking for small invertebrates in freshly plowed fields ), in open spaces larks, blackbirds, warblers, herons, etc..

Among the cereal crops and low shrubs, we can see partridges and quail. JabalíEn more developed with dense pine forests can be seen as various raptors toed eagles, driveways, buzzards, hawks and falcons. Peregrine falcons appear in rocky areas and open spaces. It is rare to see vultures and golden eagles, which are installed in higher mountainous interior of the Comarca, so does the eagle owl that nests on rocky cliffs, Martin Pescadorpero can be observed sporadically.

Other vertebrates that appear in these natural settings and on the periphery of crops are wild boars, foxes, hares, squirrels, hedgehogs, reptiles such as the ocellated lizard, snakes, horseshoe snake, and amphibians such as the common frog, common toad, part of this faunal wealth. 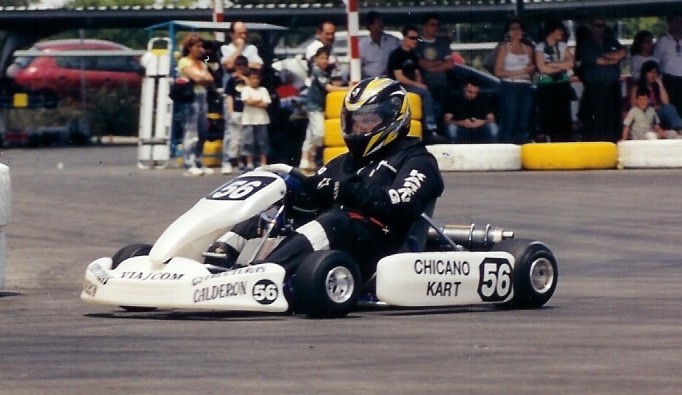